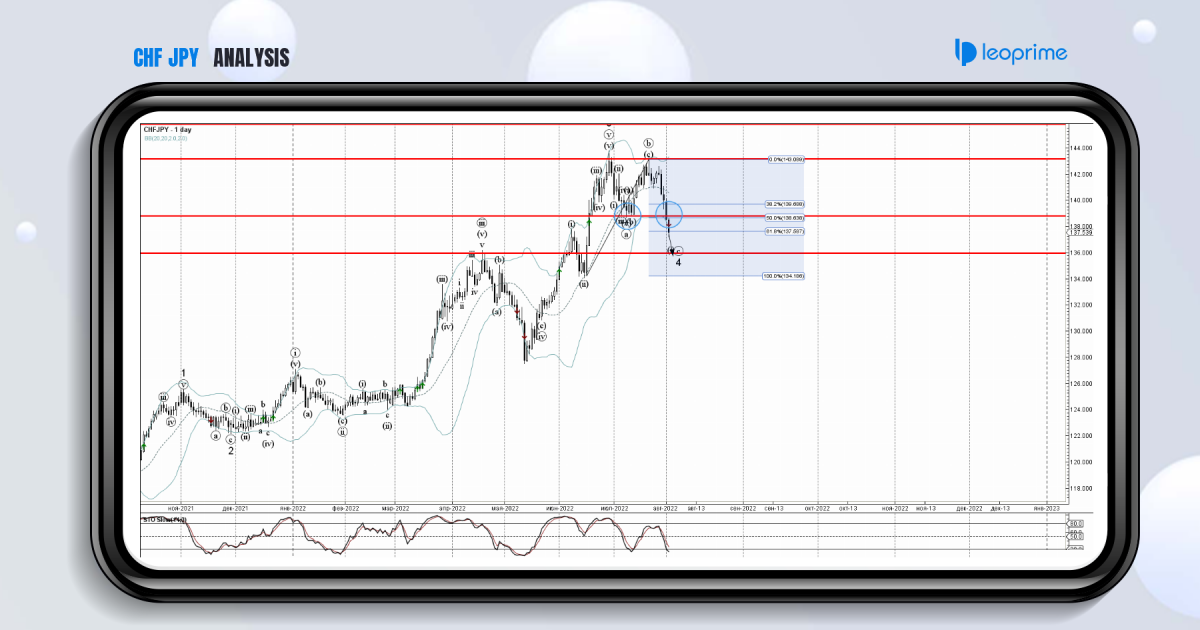 CHFJPY currency pair under the bearish pressure after the pair broke the support area located between the key support level 138.800 (which reversed the pair multiple times in July) and the 61.8% Fibonacci correction of the upward impulse from June. The breakout of this support area accelerated the active minor ABC correction 4. Given the continuation of the bullish yen sentiment that can be seen across the currency markets lately, CHFJPY currency pair can then be expected to fall further toward the next support level 136.000 (target price for the completion of the active minor ABC correction 4).