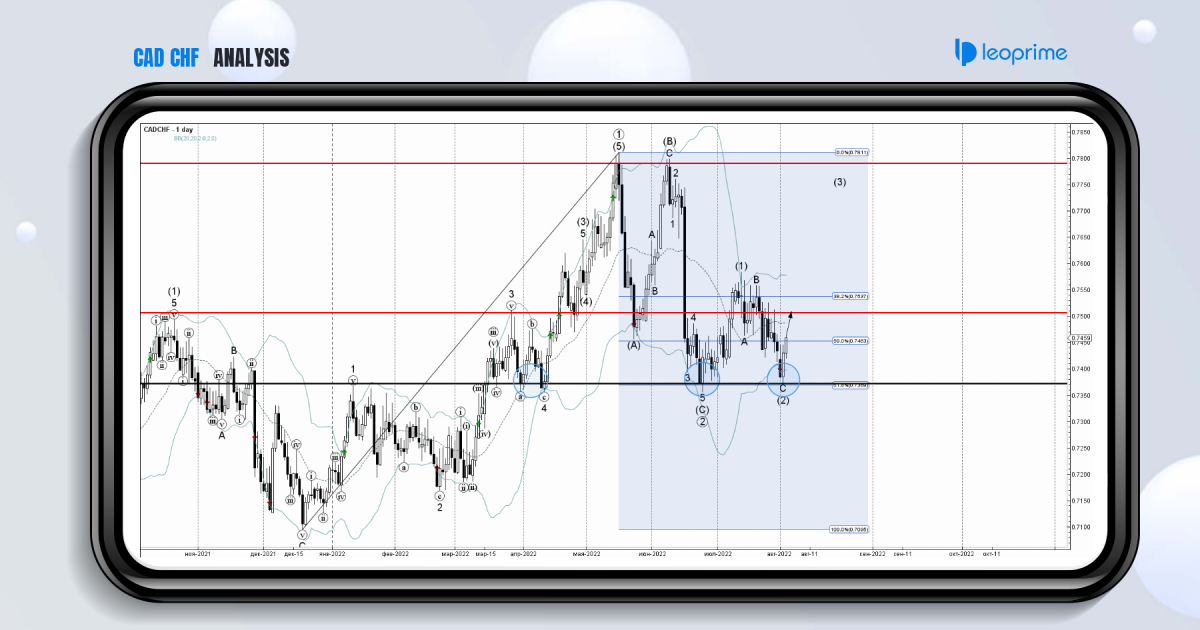 CADCHF currency pair recently reversed up from the support area located between the key support level 0.73750 (which has been reversing the pair from the middle of March), lower daily Bollinger Band and the 61.8% Fibonacci correction of the upward impulse from December. The upward reversal from this support area created the daily Bullish Engulfing – which started the active impulse wave (3). Given the continuation of the bullish CAD sentiment seen today, CADCHF currency pair can then be expected to rise further toward the next resistance level 0.75000 (which stopped the price multiple times at the end of July).