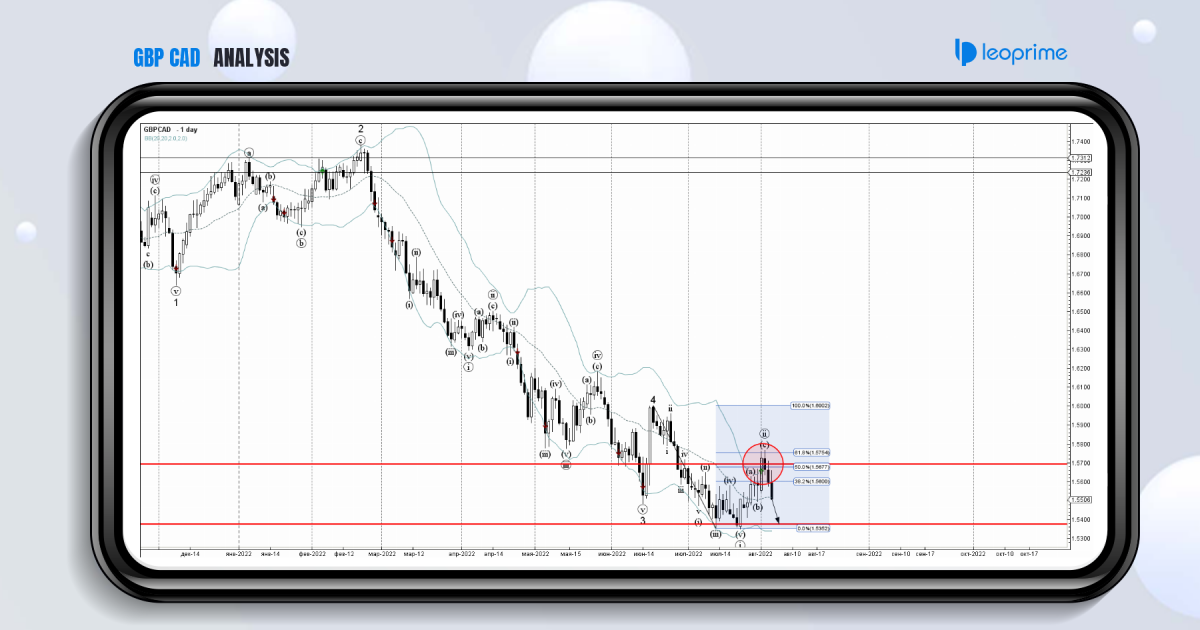 GBPCAD currency pair recently reversed down from the resistance area set between the key resistance level 1.57000 (former support from June), upper daily Bollinger Band and the 61.8% Fibonacci correction of the downward impulse from June. The downward reversal from this resistance zone started the active impulse wave (iii). Given the strong downtrend and the strengthening bearish sterling sentiment seen across the FX markets today, GBPCAD currency pair can then be expected to fall further toward the next support level 1.54000 (which stopped the earlier waves (iii) and (i)).