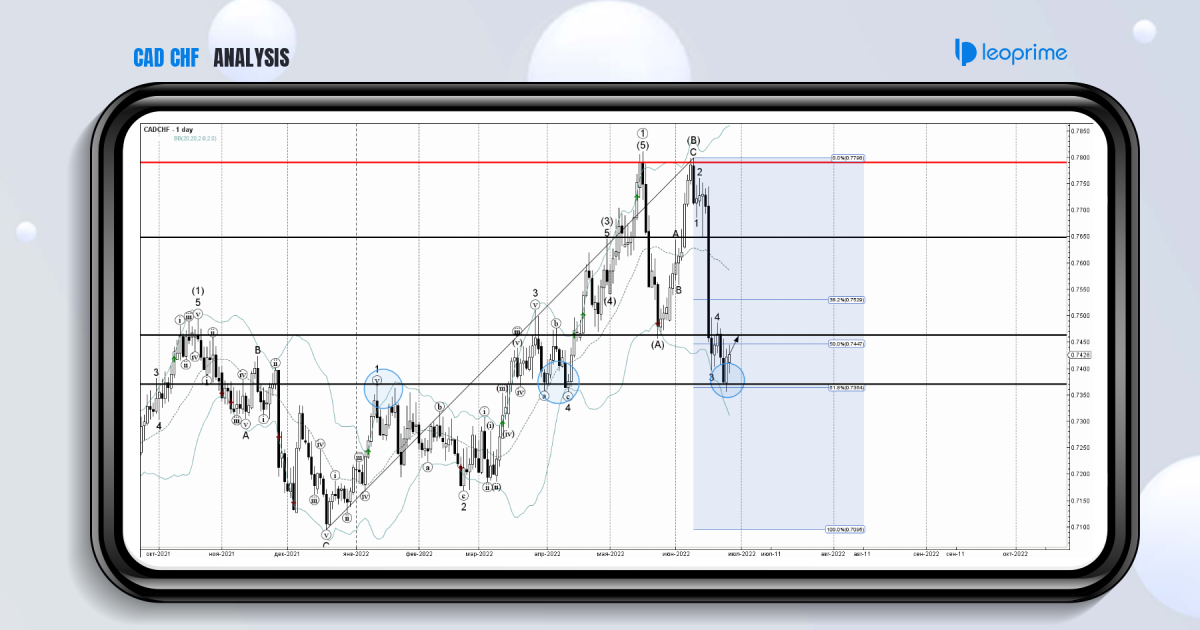 CADCHF currency pair recently reversed up with the daily Bullish Engulfing from the major support level 0.73700 (former monthly high from January and the monthly low from April), strengthened by the lower daily Bollinger Band and the 61.8% Fibonacci correction of the upward impulse from December. Given the continued swiss franc bearishness, CADCHF currency pair can be expected to rise further toward the next resistance level 0.74650 (the former monthly low from May).