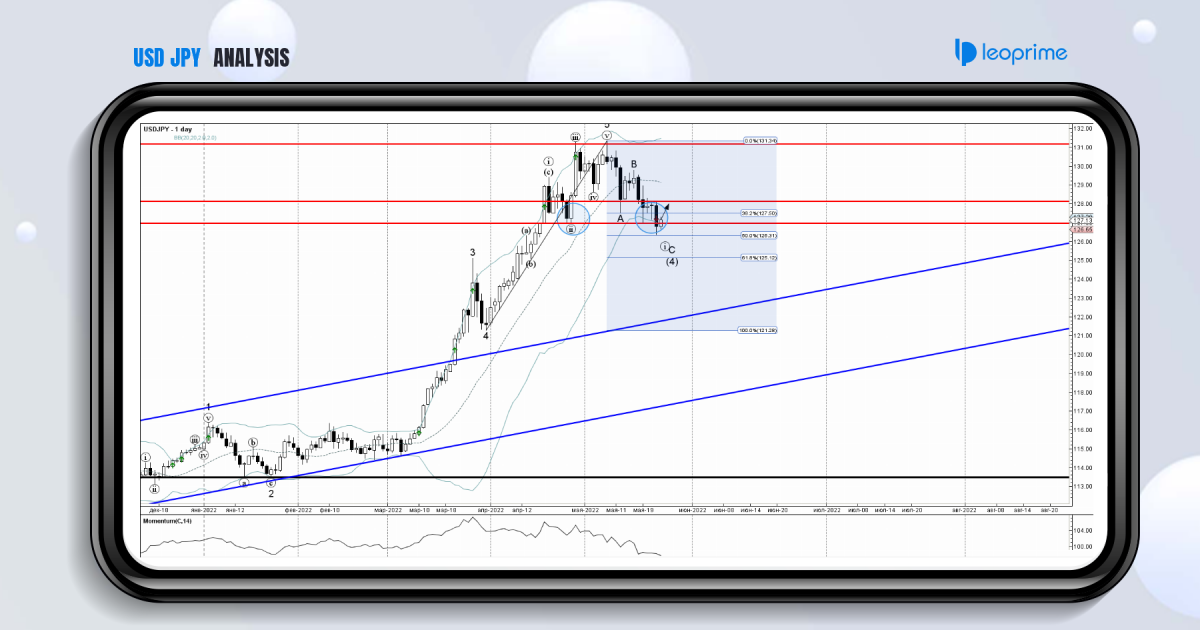 USDJPY currency pair recently reversed up from the support zone located between the key support level 127.000 (which has been reversing the price from the end of April), lower daily Bollinger Band and the 38.2% Fibonacci correction of the earlier upward price impulse from the end of March. The upward reversal from this resistance area stopped the previous ABC
correction 4. Given the strength of the aforementioned support zone, clear daily uptrend and the improving USD sentiment increase the probability USDJPY will rise further toward the next resistance level 128.000.